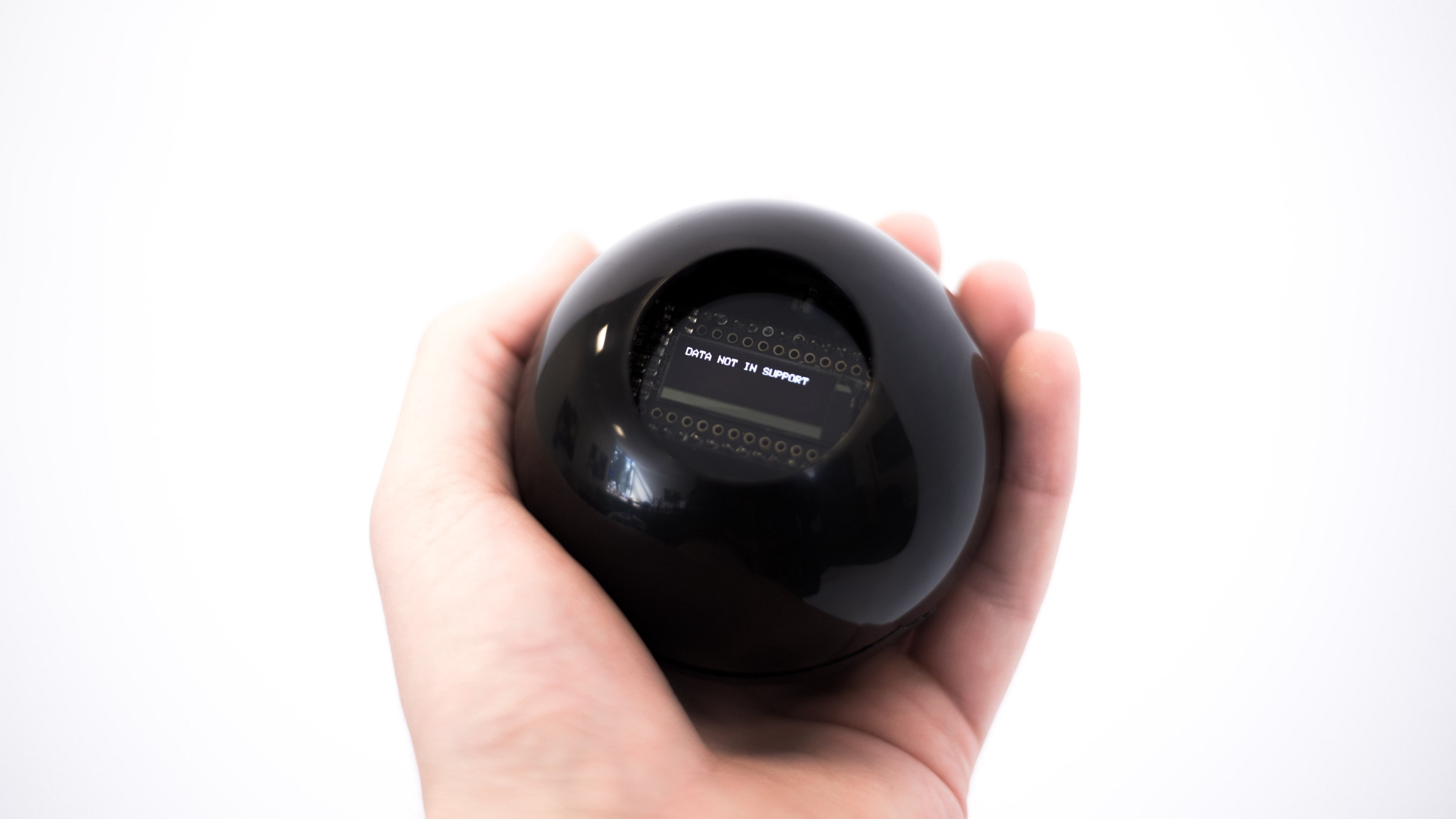 The Magic 8-ball was conceptualized by Albert C. Carter in 1944 (originally as the “Syco-Seer”) as an homage to his fortune-teller mother. I see it as a meta-prophecy about delegating personal decisions to the powers of the unknown.

I was inspired to find the modern-day parallels to the fortune-telling from Carter’s time. Whether you’re scrolling your social media timeline or playing chess against Deep Blue, algorithms are a black box of decisions, inaccessible to the public and sometimes hardly known by their engineers. Algorithms and 8-balls are making decisions that we can’t consciously control. And thus, the concept of algorithmic mysticism was born.

Much like the Magic 8-Ball, the function of the A.I.tball is to make decisions for the user.

The original 8-Ball is built from an oversized billiards ball containing an embedded cylinder filled with blue liquid and an icosahedron (20-sided die) with 10 affirmative, 5 non-committal, and 5 negative answers. In re-constructing the device, my professor and I sawed the ball in half to replace the cylinder and icosahedron with an LCD, battery, and microcontroller, along with a bit of Arduino code to make an accelerometer trigger the decision-making algorithm. The A.I.tball is based on a concept from Bruno Latour’s Where Are the Missing Masses? wherein he explored the morality present in objects, delving into the agency and morality in decisions made by people and objects, or as he defines them: humans, non-humans, figures, and signs. Continuing this discussion, the A.I.tball asks: What changes when humans are removed from decision-making? If a device is making decisions based on a user's data, which party is responsible for the decision?

Without falling too deep down the rabbit hole of AI sentience, the A.I.tball is intended to make the user question their agency in a world that is evermore driven by algorithms they are unwittingly contributing to.

The A.I.tball was created in the Problematic Futures course taught by Tyler Fox and Brock Craft, both of whom provided invaluable advice and assistance in its construction.